You are here: Home / The Psychosocial Factors behind Chronic Disease

The two principal factors in the onset, progression, and recurrence of disease are the physical and psychosocial factors. Physical factors have been the main focus of modern medicine.  The psychosocial factors are not directly addressed by medicine, yet their influence on disease cannot be ignored.  Research has now over a century of studies showing how psychosocial factors may cause the onset and progression of such diseases like heart disease, rheumatoid arthritis, lupus, and multiple sclerosis are responding to our psyche.

Psychosocial factors include repressed and unresolved past emotions, trauma, beliefs, behaviors, unhealthy family dynamics, and relationship styles. Why has Western Medicine excluded this key component in the healing process?

Psychosocial Factors Were Excluded for Over 400 Years

The idea that psychological and social stressors might be involved in the causation, exacerbation, and disease progression began to return in the late 1800s. Two main advocates where renowned physicians such as Charcot and Osler. But the relationship that emotions, traumatic events, and personality have on health was dismissed by most scientists and physicians of the time. Even with the birth of psychoneuroimmunology, epigenetics and health psychology that study this relationship, the connection between disease and mental states is still, in many instances, considered folklore:

“It is time to acknowledge that our belief in disease as a direct reflection of mental state is largely folklore.” – New England Journal of Medicine, 1985

Why this split between disease and mental states?

All psychosocial factors were removed from the equation of cause of disease by a philosophical split in the 1600s. This split, called dualism, continued to widen until it eliminated the psyche from anything happening in the body by materialism (read more on this philosophical split here). 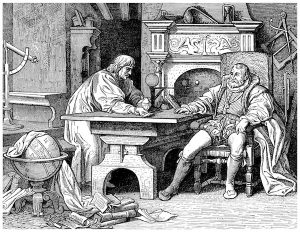 This split has been attributed to Descartes. It had been brought on by the need to separate mind and soul from the body and physics to avoid religion’s wrath on the progression of science and medicine at the time. In the 17th century was a century of great discoveries. Medicine was striving to change the religious authorities attitudes regarding dissecting human cadavers to advance their knowledge of the body. There was a religious uproar with the publication of Copernicus’s book “On the Revolutions of the Celestial Spheres” concerning the Earth’s orbit of the sun. To the extent that Galileo was being threatened with death if he did not swear to the church that he did not believe Copernicus’s theories.

The split continued to widen, and in the 19th century, materialism removed the mind completely from science.  According to Materialism, everything that happens follows from the laws of physics and physics only and that the mind is merely a by-product of the physical and has no influence back on it.

The mind’s return back into science and into medicine has been slow and continues to struggle to be included.

Belief is a hard thing to change.

“Grief, vexation, and adverse changes in social circumstance are related to the onset of MS”  – Charcot

French neurologist Jean-Martin Charcot, in 1868, gave the first full clinical description of multiple sclerosis and the idea that psychological stress increases the risk of MS.

Research has found that the mind, stress, emotions, and personality influence the body and health. This influence is known in research as psychosocial factors.  Reseach has shown this relationship not only exists but, possibly, could be determinant in the onset and exacerbation of the disease.

The following are some research on the psychosocial factors behind multiple sclerosis (MS): 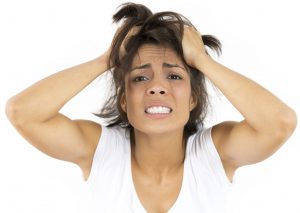 Research has proven that addressing these factors can improve symptoms. 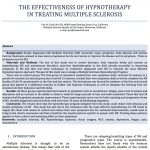 MINDbasedHealing’s case study by founder Eva M Clark, The Effectiveness of Hypnotherapy on Treating Multiple Sclerosis also found positive results from treating the psychosocial factors through hypnotherapy and NLP interventions. The study concluded that “People diagnosed with MS have ingrained habit patterns of the mind specific to their symptoms.  When those habit patterns are transformed using a combination of methods that bring (1) insight into a person’s habit patterns and (2) resources to modify those patterns, the symptoms decrease and frequently disappear. “

Research has shown symptom improvement by addressing the psychosocial factors behind the disease.  The mind does influence the physical body.

MINDbasedHealing’s mission is to lead in the development and application of mind-based practices, focusing on hypnotherapy and neuro-linguistic programming (NLP), to effectively treat the psychosocial factors determinant in the onset, exacerbation, and recurrence of chronic disease with the goal of restoring health.

The mission of MINDbasedHealing is to provide leadership in the development and application of mind-based practices to effectively treat the spiritual and psychosocial factors (i.e. emotional challenges, personality, stress, and childhood trauma) determinant in the onset, exacerbation, and recurrence of chronic disease.  The target is to … END_OF_DOCUMENT_TOKEN_TO_BE_REPLACED

Eva M Clark has dedicated her career to understanding and working with the connection between the mind and the body. She discovered, early on in her training, that the mind has a powerful influence on our immune system and our health.  Not only is the mind a contributor to physical disease; it can also lead the body back into … END_OF_DOCUMENT_TOKEN_TO_BE_REPLACED